What is WAV?
WAV or WAVE developed by IBM and Microsoft is a common format that was launched back in 1991 and it is the abbreviation for Waveform Audio File Format and WAV or WAVE its the extension's file for an audio file format standard for storing an audio bitstream on PCs. WAV, known as Wave Form Audio File Format and is fully supported by Windows, which supports most of the older devices as well. The old school users who want uncompressed and lossless quality, they prefer to use the WAV format. Uncompressed WAV files are very large files and files sharing of WAV files are uncommon. WAV it is a commonly used file typ for use on a PC with a big space on the disk space.

The usage of the WAV format has more to do with its familiarity and simple structure. Because of this, it continues to enjoy widespread use with a variety of software applications, often functioning as a "lowest common denominator" when it comes to exchanging sound files among different programs.

1. Download and install the Video Downloader HD on your Windows laptop or PC.

2. Open the Youtube video page, right click in the address bad and choose Copy from the menu. 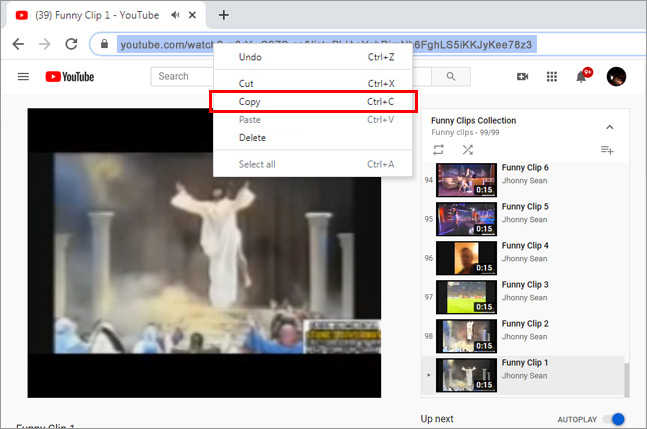 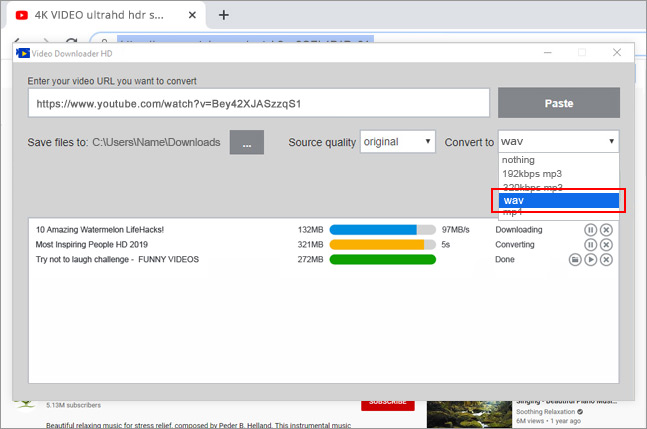 4. Choose WAV from the menu to convert Youtube to WAV video.